The Incidence and Effect of Cytomegalovirus Disease on Mortality in Transplant Recipients and General Population: Real-world Nationwide Cohort Data 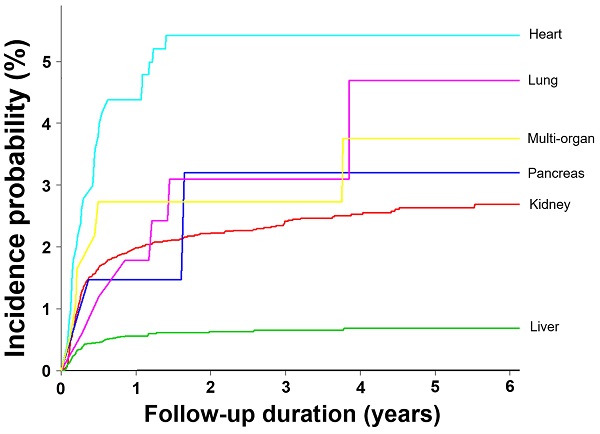 Methods: The SOT (N=16,368) and HSCT (N=10,206) cohorts between 2010 and 2015 were established using the WHO ICD-10 from the whole population-based large database of the Health Insurance Review & Assessment Service (HIRA). CMV cases, defined as symptomatic disease with isolation of virus, DNA, pp65 antigen, and pathology except CMV syndrome, were extracted with the unique codes for relief of medical costs of HIRA in the same dataset. Cox's proportional hazard regression analyses and log-rank test in the Kaplan-Meier curves were performed to compare all-cause mortality between the three groups.

Conclusion: These data suggest that CMV disease in patients without transplants is associated with poor outcomes.