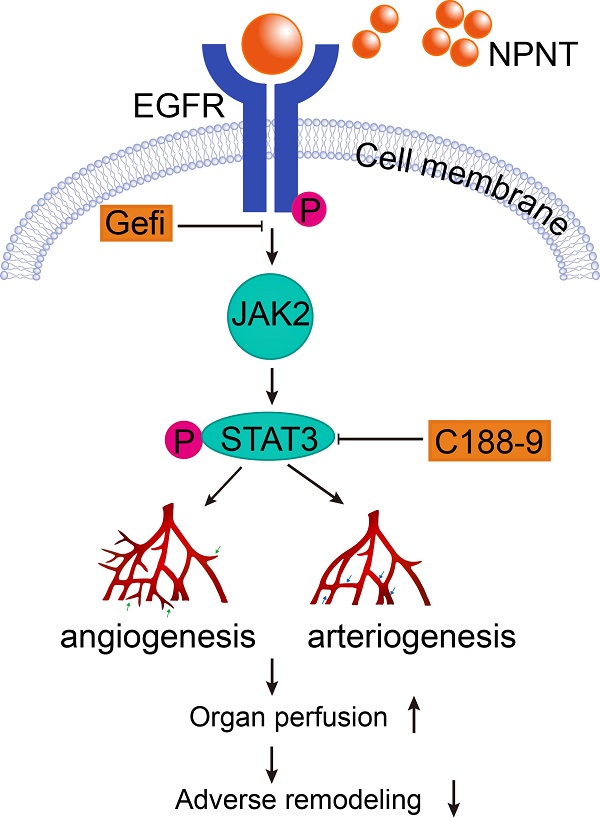 Background: ECM proteins are instrumental for angiogenesis, which plays momentous roles during development and repair in various organs, including post cardiac insult. After a screening based on an open access RNA-seq database, we identified Nephronectin (NPNT), an extracellular protein, might be involved in cardiac repair post myocardial infarction (MI). However, the specific impact of nephronectin during cardiac repair in MI remains elusive.