This is an open access article distributed under the terms of the Creative Commons Attribution License (https://creativecommons.org/licenses/by/4.0/). See http://ivyspring.com/terms for full terms and conditions.
Citation:
Liu Y, Lai CH. The alterations of degree centrality in the frontal lobe of patients with panic disorder. Int J Med Sci 2022; 19(1):105-111. doi:10.7150/ijms.65367. Available from https://www.medsci.org/v19p0105.htm 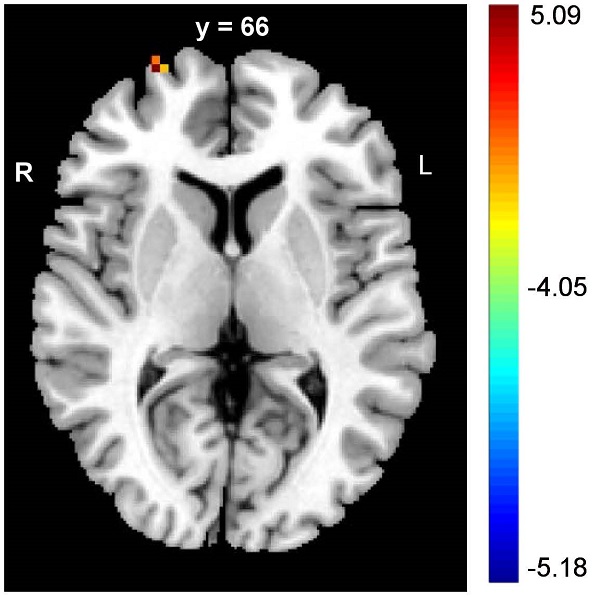 Objective: The brain network in panic disorder (PD) is still an intriguing issue for research. In this study, we hoped to investigate the role of DC (degree centrality) for the pathophysiology of PD, especially for the fear network.

Methods: We enrolled 60 patients with PD and 60 controls in the current study. The gender and age were matched for two groups. All participants received the resting-state functional magnetic resonance imaging to survey the baseline brain activity. Then the DC values of all participants were using REST toolbox. We also compared the DC values between PD and controls. The statistical threshold was set as FDR (false discovery rate) < 0.05.